The Perfect Jewelry for a Sunny Summer

Five Things You Should Know About Mala Beads

If you're shopping for the perfect mala necklace for you, there are some important things you need to be aware of regarding mala beads. A mala necklace should be a highly individualized and customized piece of jewelry, so you need to put a lot of thought into its selection and how you intend to use it.

The following are five things you need to know about mala necklaces and beads to choose the right item for you:

Mala beads are functional jewelry pieces because they are used by wearers to help with meditation.

Mala beads are unique because they don't make up jewelry pieces that are merely aesthetic. Mala necklaces are actually functional as well because they help the wearer to perform meditations, prayers, and chants.

Because mala beads have a spiritual purpose, it's important that they are highly durable and specially selected to leave the wearer feeling at peace and focused on meditation.

A typical mala necklace includes up to 108 beads.

A traditional mala necklace will most often consist of a string of 108 beads. A mala necklace with 108 beads is often referred to in Eastern meditation traditions as the "Japa Mala". The wearer will go around the entire necklace and say one "mantra" or chanting round for every bead.

Traditionally, mala beads have been constructed from Rudraksha seeds or wood.

These days, mala beads can be made from a wide variety of different materials including stones or gems. However, traditionally these necklaces are known to have been made from strings of Rudrak seeds or alternative from either rosewood or sandalwood.

Mala beads are used to facilitate prayer and meditation in both Hinduism and Buddhism.

Mala bead necklaces are similar to rosaries used in the Christian tradition. Mala necklaces appear in the traditions of both Hinduism and Buddhism. They are, therefore, found in traditional religious jewelry throughout many different Asian countries. Practitioners of these two religions use the beads to get through prayers or meditations involving a wide variety of deities and mantras.

It's worth noting that mala beads are actually not only used in the Hindu and Buddhist traditions, but also in the traditions of some other Eastern religions including Sikhism and Jainism.

In particular, mala beads are associated with mantra meditations.

"Mantras" are commonly used for meditation in both Hinduism and Buddhism. Mantras are like prayers but they tend to be much shorter phrases, rather than long recited poem-like verses. Mala beads are typically used for mantra meditations because they allow the practitioner to easily count how many times he or she has repeated the mantra. 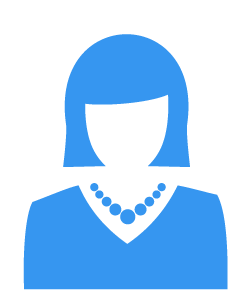 Summer is the time of the year when most people unpack their shorts, bathing suits, and sandals. While you might wear considerably less layers of clothing during this beautiful season, you shouldn’t neglect to put on some jewelry. If you don’t currently have any jewelry to match your summer outfits, consider visiting a jewelry retailer near you. Search for bright, colorful pieces. For instance, you might wish to invest in jewelry made from turquoise, pink sapphire, lapis lazuli, or jade. On this blog, I hope you will discover amazing tips to help you shop for the trendiest jewelry available this summer. Enjoy!